WEISS GmbH, an automation specialist, will be at Motek 2018 to showcase its new CR series of heavy-duty rings. The new models have a modular design, and can be finely adjusted and adapted to a wide variety of applications. 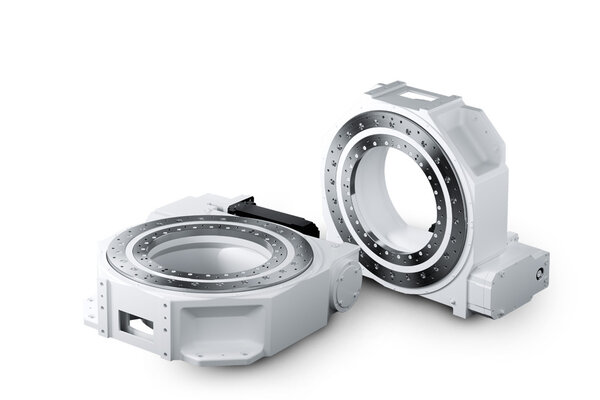 “The modular concept means that users can order the CR heavy-duty rings precisely configured to meet their production needs and avoid paying for unused reactive power,” says Daniel Ansmann, Product Manager for Indexers at WEISS GmbH. At Motek, the WEISS will be presenting the new CR700 and CR900 indexers – the first models in an entirely new family of heavy-duty rings. The models in this series can be more finely adjusted and have around 20% more torque. Users can start by choosing from several different gear ratios, before configuring the ring to suit the relevant load. These configuration options make it possible to coordinate components and prevent oversizing.

The CR700 and CR900 models each come in two versions, “Precision” and “Dynamic”, depending on which of these two qualities is most important to the user. The “Precision” version has a preloaded drive system to ensure that timing and positioning are as accurate as possible. The key feature of the “Dynamic” version is acceleration with a higher power density. Both versions are the same height. “This gives customers the flexibility to make subsequent changes to the product and load as needed, without having to modify their production facility,” assures Ansmann. The gear unit can be rotated by 90°, enabling both horizontal and vertical use. Another new feature of this series is the significantly enlarged central opening — 230% larger than in previous models — for the insertion of cables, rotary unions and upright superstructures. The rings are nonetheless more rigid thanks to geometric optimization and the use of the finite element method (FEM) during development. This opens new possibilities in the design of production facilities, for example, industrial robots can be set up directly over the ring to save space. 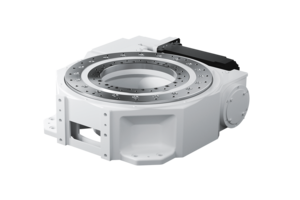