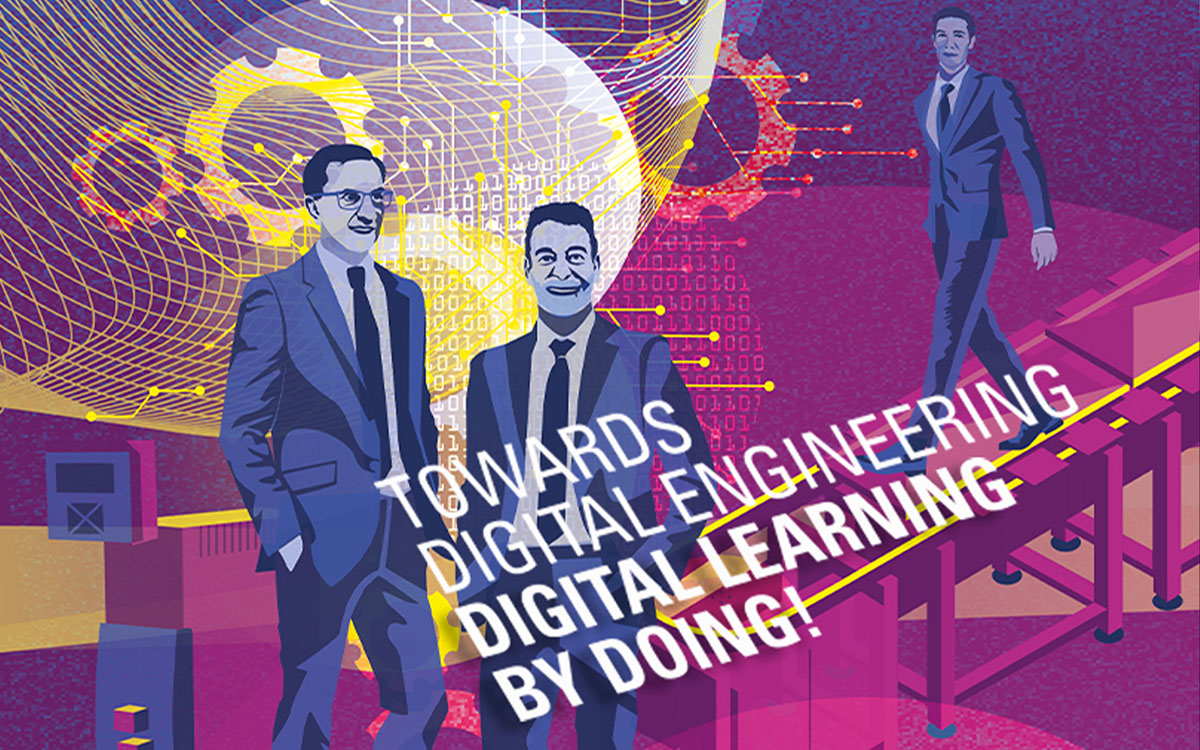 Do you know that the system integrator GLUTH Systemtechnik has clearly recognized the strategic importance of digitalization? The company is aggressively pursuing the development of a digital transformation, beginning with the design process. This is where the first simulation tools and other digital means are used to get machines up and running faster - for the benefit of the customer and for the company's own engineering efforts.

Never underestimate the importance of digitalization within a company!  Based upon this understanding, Gluth Systemtechnik is exploring digital channels for modular automation and testing technology to enhance mechanical engineering with suitable tools. From the customer's perspective, engineering should convey clear benefits. What has been mechanical engineering will soon become data-oriented mechanical engineering. During the process of transforming a company to be on a digital track, the company must be oriented within the three cornerstones of digitalization. From the virtualization of processes and products, to the networking of people and things, to the increased use of data, attempts are being made to approach this goal in a project-oriented way.

Digitally Minded Specialty Machine Builder
When low costs have to be maintained, it is important to minimize risks in mechanical engineering. Detecting such critical paths in the design and kinematics is a proven process, especially in the automotive industry, to save effort and time. Starting with robot simulation, Gluth began to validate customer requirements and conceptual updates in the development phase early on. Furthermore, reliable cycle time analyses and collision analyses further safeguard the assembly process. 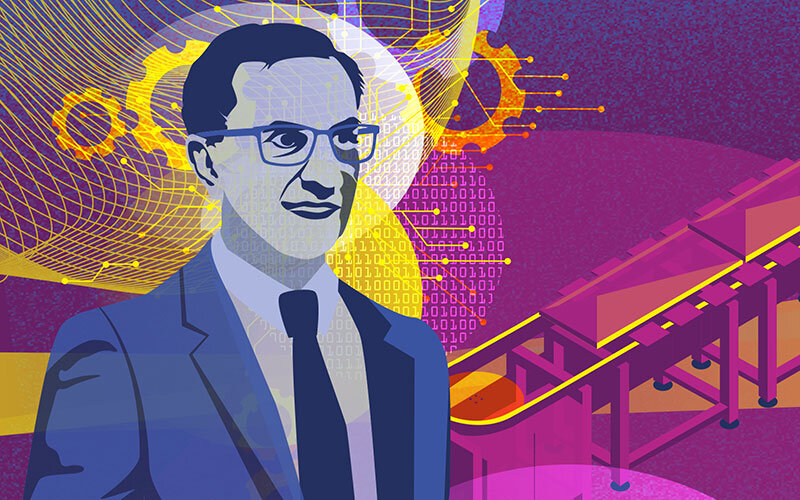 "As an SME, we have started to transform ourselves digitally. The decision to leave one's comfort zone requires a measure of creativity and courage to achieve small, step-by-step improvements in project management. Due to the fact that the possibilities with mechanics is finite and the possibilities with digitalization are largely wide open, we have to consider many factors such as technology, organization, personnel and their dependencies, as well as their interactions." Stefan Schnurrenberger, General Manager at Gluth Systemtechnik GmbH

The ability to display robot simulations with complete sequences regardless of the manufacturer and to transfer the codes to controllers, greatly simplifies the commissioning of the robots by simply teaching the controls. Understanding that simulation can quickly reveal errors and safeguard the critical paths mentioned, the risk of missed deadlines and cost schedules is greatly reduced. Studies show that changes made in the last 25% of the design cycle can require 98% more time than in the first 25%.

Control Environments and Simulation
The next step is to make the simulation process available company-wide for the entire actuator system, including electrical and pneumatic systems. The Siemens TIA Portal, Beckhoff TwinCAD and Opcon Plus from Bosch are dominant in Gluth's control environment. Therefore, suitable drivers and SW modules are preferred for the integration of additional  functions, such as press spindles, for example.

In assembly and handling technology, which is still PLC-governed, the traditional approach has been to use control integration aids such as the W.A.S. (WEISS Application Software) from WEISS Group. The LS 280 linear transfer system, for example, can be parameterized quickly and easily with the WEISS Application Software. With this preconfigured mechatronic system, quick commissioning is easy to perform, especially considering that a test run was performed at WEISS, providing additional assurance. A key consideration for Gluth is the simple usability and programming of the system, reducing project implementation times to a minimum. 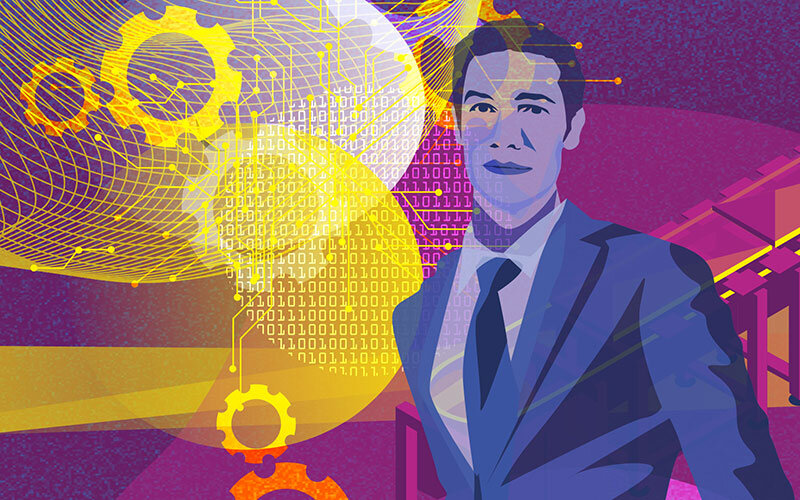 "To accelerate a digital transformation, you need partners who support the process in the physical world. Putting one's own processes, products and services to the test and using them operationally with customers like Gluth enriches the digital ecosystem and strategically expands WEISS' role as a technology supplier, consultant and development partner. Developing targeted solutions with system integrators tightens the bonds and nurtures digital tools and services." Uwe Weiss, CEO, WEISS Group

Applications as Digital Milestones
The digital path at Gluth is paved with ongoing projects that provide a continual proving ground for strategies and processes to optimize engineering. In the case of a request from the medical technology sector, extensive simulation of the automation solutions is often required, which helps simplify the investment decision. The goal of developing a dynamic model in which physical conditions such as payload and precision are mapped as realistically as possible, strengthens confidence in the system integrator and also supports the cost-benefit aspect in the implementation.

With respect to the high parts variance within the plant, it is also ideal to be able to “see the big picture” and be able to directly import the programs created during the simulation and implement them after minimal adjustments. With just a few teach points, the processes were fine-tuned with reference to the base measurement.

Primary Strategy of the Company
Whether assembly and testing with complex process stages that involve short changeover times, or vision applications with robots or in rotary transfer systems - cost constraints are always present. Robot kinematics were first simulated in flexible systems engineering, and now mechanical designs are also being rendered and animated as 3D models so that movements can be visualized using the CAD model via Digital Twin. With this improved functional simulation, it is possible to perform specific load cases for electrical handling or workpiece carrier change times for a rotary indexing table, for example. 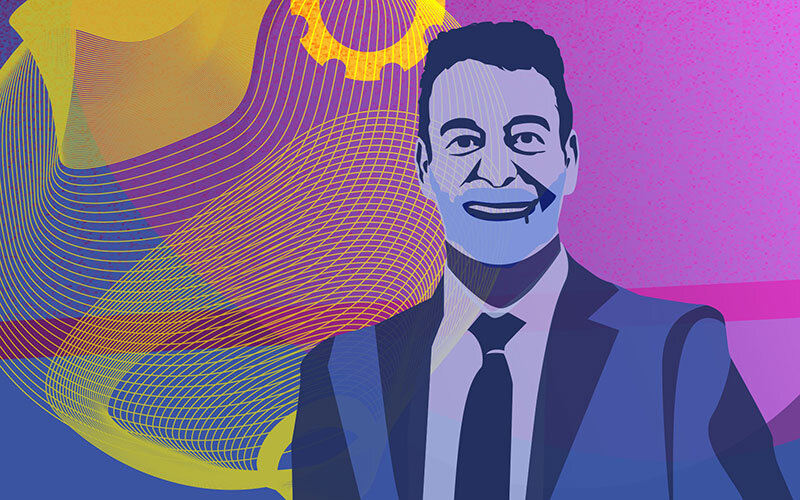 "Digitalization must offer added value. It will help us to increase efficiency in value creation - conceived incrementally and ultimately achieved in projects. At Gluth, digitalization is first being realized in the design process, where we are recombining existing technologies and adding digital tools such as simulation. This is how we approach successful and sustainable further development of the company." Hermann Hilmer, Plant Manager at Gluth Systemtechnik GmbH

Gluth uses traceability as a small digitalization step: For the medical application mentioned earlier, individual part tracing is a basic requirement because determining the position of the parts after particular cycles is necessary as a validation check. The assignment of the component to the fixture is also important for software creation, because the shift register must be mapped in the control system. For applications with WEISS components, a digital identification plate is provided, which provides documented verification of production compliance. Part identification and the management of its data via the digital identification plate becomes even more important when complex processes are performed with the new LS Hybrid linear transfer system, for example. Gluth already also has ideas to overcome these types of challenges, exhibiting the innovative spirit of the company and desire to move further into the digital realm. 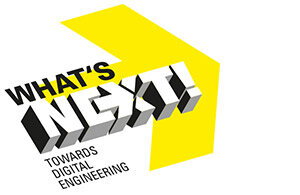 Under the motto What's Next? The German SPS Magazine present a series of articles in cooperation with the WEISS Group that focus on the digital transformation. Both internal and external topics are examined in depth. They follow technology- and customer-oriented possible steps of a digitization strategy and show added values for mechanical engineers or end users. Join us on this exciting journey ... your WEISS Team.